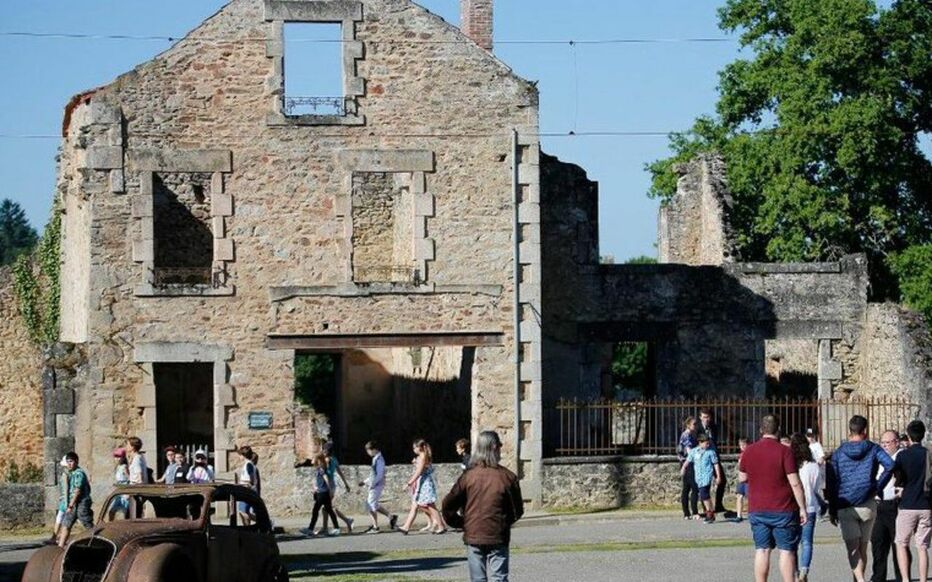 Oradour-Sur-Glane  is the site of an appalling atrocity which happened just before the end of WW2. The Nazis massacred some 634 people (almost the whole village) in retribution for the killing of a Nazi guard which actually took place in the nearby village of Oradour-sur-Vayres. They rounded the men up into the market square and machine-gunned them. The women and children were packed into the church, where they were shot in the legs to disable them before burning them alive. The village was then burned and trashed before SS left. At the end of the war, Charles de Gaulle declared that the village should be left as a “martyr village” to stand as a memorial to the people who had died. This has now had a visitor and interpretation centre on one side, and you can walk around the ruined village. Rusty cars stand abandoned in the street. It's not fun, but it is the most powerful and moving memorial you will ever see and it helps to understand the war that shaped so much of France.